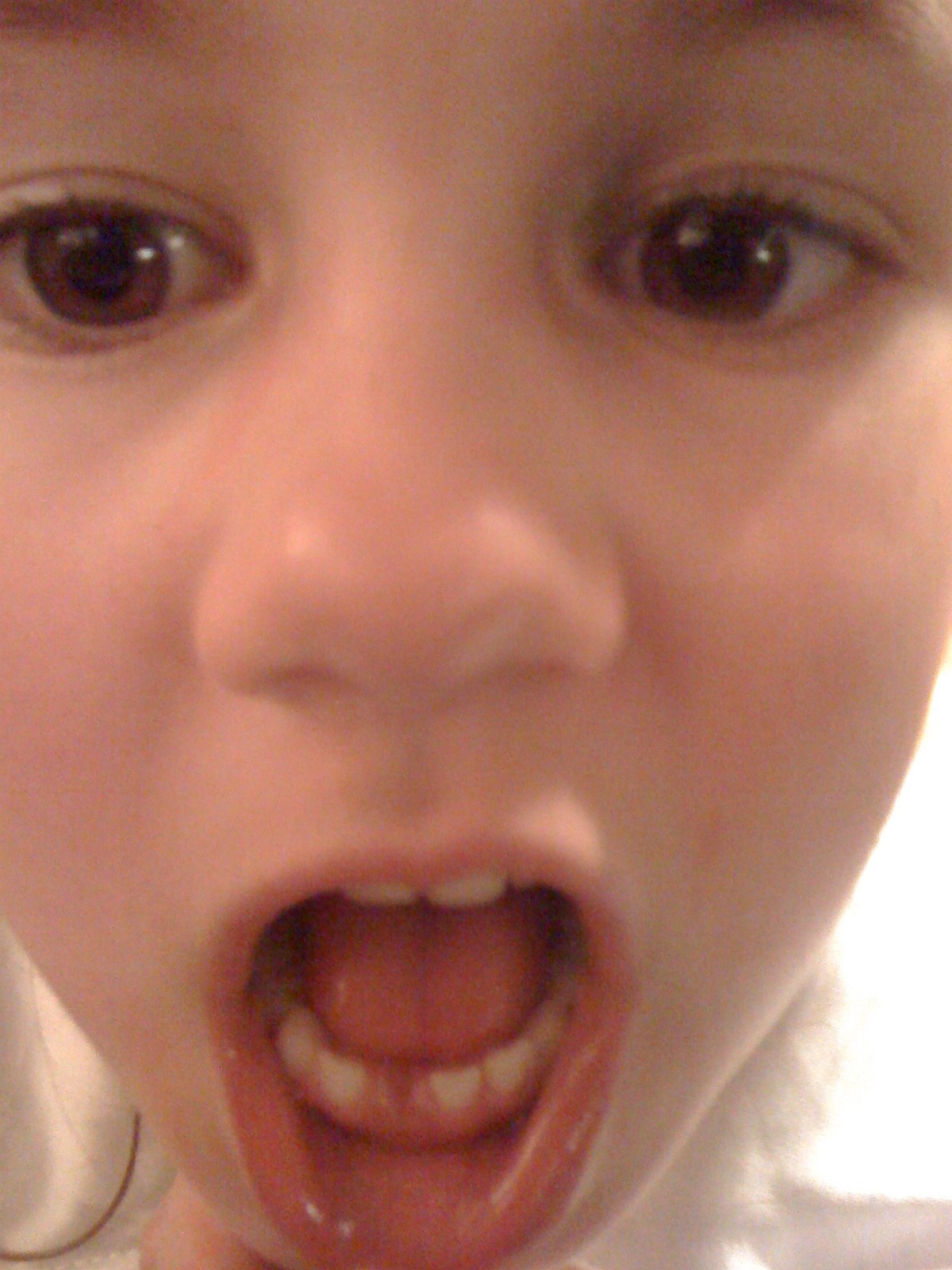 After a practically perfect half term that involved spending time with lovely people like this, this, this and this, we packed off our brood for a night with their grandparents.  The 5yo arrived with her first, and by now very wobbly, wobbly tooth and we had the discussion about what she would do if it fell out at Nanny’s house.  It was decided that she would bring it home for the tooth fairy and I was very relieved – not wanting to miss out on anything.

On Saturday we spent a childless day getting a few bits and bobs done; popping into town for a full english and a cuppa, cutting back the pear tree, looking round hopelessly at all the other winter jobs we’ve yet to start and walking the dog.  It was relaxing and pretty productive, and as I hadn’t heard anything about the tooth I assumed it would be returning intact.

Later on, after detours and stop offs for tea, my three beauties flew through the door all screaming in unison that the 5yo has bitten into a chicken nugget (guess where they went for tea!) and the tooth had come out. She was so excited her voice had escalated 7 octaves into previously unchartered audio – even the dog struggled.

This was a far cry from when the 8yo lost his first tooth.  Coincidentally we were en route to the dentist – although as it turned out I’d arrived on the wrong date – the Boy Wonder was hidden away at the back of the car, fidgeting as usual.  He was wearing a kagoul and messing with the string.  One minute he was laughing happily, the next screaming in pain. When I looked into my rearview mirror the sight I saw was ghoulish, a river of blood streaming down his chin, string still wrapped around the gum.  He’d managed to dislodge completely a tooth that hadn’t been in the least bit wobbly. He was obviously in pain but also terrified by the amount of blood and quite hysterical.  I managed to clean him up a bit before speeding the rest of the way to the dentist where they tried unsuccessfully to reseat the tooth.  Poor boy, although I think he did quite well out of a sympathetic tooth fairy.

By contrast the 5yo left her tooth until it fell out painlessly and cleanly.  She wrapped it in tissue and placed it under her pillow and when she woke in the night and asked for water she refused to check just in case the tooth fairy hadn’t been yet.  Luckily the (very generous) tooth fairy did come, leaving her a “gold coin” – two whole pounds! Sheesh, she’d better not expect that every time!

8 thoughts on “And now for the toothless grin…..”