This has been the week of the performing members of the family. Those who, unlike myself, like to stand up and be seen – obviously I’m the shy, retiring member of the family.

You may be completely unaware of the fact that I’m an Am Dram widow.  The other half has realised a lifelong ambition to become an acTOR, albeit in an amateur capacity – Eastenders hasn’t come knocking yet, but of course it’s early days.  In August he joined Tread the Boards, a lovely group based in Woburn Sands.  Not really sure what to expect but prepared to give it a go this toe-dipping culminated in his inaugural and rather fab performance on Friday night as Wishy-Washy.  We saw the second of three performances and naturally friends and family were welcomed along to The Crysalis Theatre in Milton Keynes where we revelled in ‘He’s behind yous” and “Oh no he didn’t”.

I do love pantomime. It’s a chance for kids of all ages to let go and really enjoy themselves and the TTB group did a fantastic job.  Knowing now what goes into a performance like this I wholeheartedly applaud every one of them for the time and obvious efforts that they’ve made – it was a great start to our festive season. I also need to apologise profusely to most of the cast for continually wishing them Good Luck instead of saying break a leg.  It’s a wonder I didn’t completely show myself up and start rabbiting on about Macbeth.

Having two children still in KS1 means that we are treated to a double-dip on the Christmas plays.  The 5yo was very excited about being in Puss in Boots, and the 4yo was largely apathetic to playing a star in The Owl and the Star – please note she wasn’t THE star, just A star – big difference.

Sadly, the plans didn’t go quite so well.  Following daddy’s star turn as Wishy-Washy there was obviously no alternative but to round off a fun filled day with a trip to Macca Ds where, in a curious change from the norm, the 5yo was the only child who ate anything, taking in chicken ‘yoghurts’, chips and a chocolate milkshake – so far, so arterially damaging.

Later Wishy-Washy returned jubilant from his final performance and after-show party, unaware of the brooding parasite that had taken up residence in his absence. At 3.02am (or thereabouts) a small voice woke me with the words “I’ve been sick, can you wash my face please mummy”.  In a zombie-like state I tottered to the bathroom, depositing the 5yo and turning to check the carnage in the bedroom. Immediately regretting my decision, I returned to the 5yo with eyes now half open, greeting with exclaims of terror the vomit-encrusted ghost like figure before me.  An hour of picking vomit out of long hair, and soaking sheets later, I returned to bed, taking the 5yo and a bucket with me.

Sadly that meant that we missed seeing the 5yo in her play.  But at least we had the consolation of seeing the 4yo and revelling in how far she’s grown in confidence in her first term at school.  No longer the big eyed girl with a perma-thumb stuck in her mouth, she sang and moved at the right times, always accompanied with a scowl when she caught my eye – but I think maybe she was method acting.  Asking her how it had gone at the end, and why she looked so angry, she told me “I don’t like people”. Fair play to the girl I say. 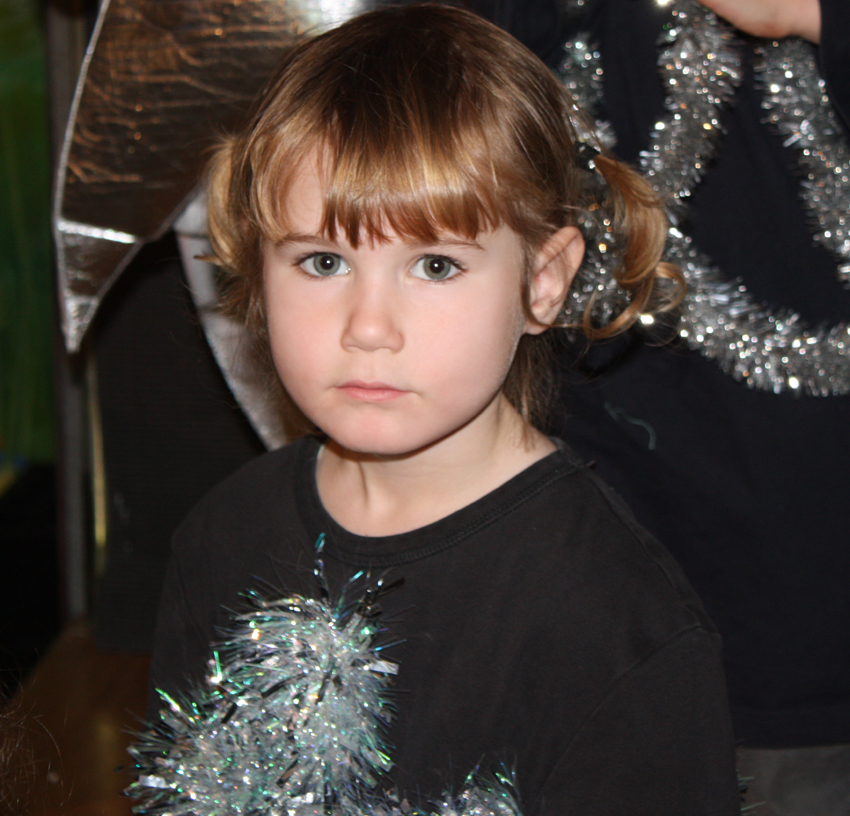 I might need to start considering how to monetise all of this talent. Maybe I’ll tack on a talent agency to Battleplan? If anyone’s looking for sulky, vomiting children call me today!

10 thoughts on “The Performers”