I failed the Gallery challenge to find my favourite photo last week.. Even after I’d gone to the trouble of trying to bribe the eternally wonderful Spudballoo I just couldn’t find the right image. In the end I crawled away defeated.

But not this week. As soon as Tara announced that the new theme was ‘The Colour Red’ to tie in with Halloween. I knew exactly the image I wanted.

We’ve become bigger fans of Halloween as our family has grown and they’ve gradually got a little braver. The Boy Wonder loves the idea of travelling in convoy around the neighbourhood, collecting sweets from friendly, pumpkin displaying folk. The lit pumpkin is the symbol of said friendly folk – if there’s no pumpkin, we’re not going in…. However, much as the BW loves the sweet collecting aspect, he’s never been one for letting me make him look truly revolting. Instead we go for a sanitised Halloween look every year, something that he can look at in the mirror and not be scared to death – fair enough I suppose.

Then the 5yo came along. Little Miss Contrary, who’s scared of nothing and WANTS to look REALLY scary. At last! Last year we decided to play it relatively safe. It was her first Halloween outing and I didn’t want it to be her last. Heroes was the big show at the time, so we dressed her up as a dead cheerleader…. I know… nice.

She really got into the role. I can’t wait to see what she’s going to come up with this year… 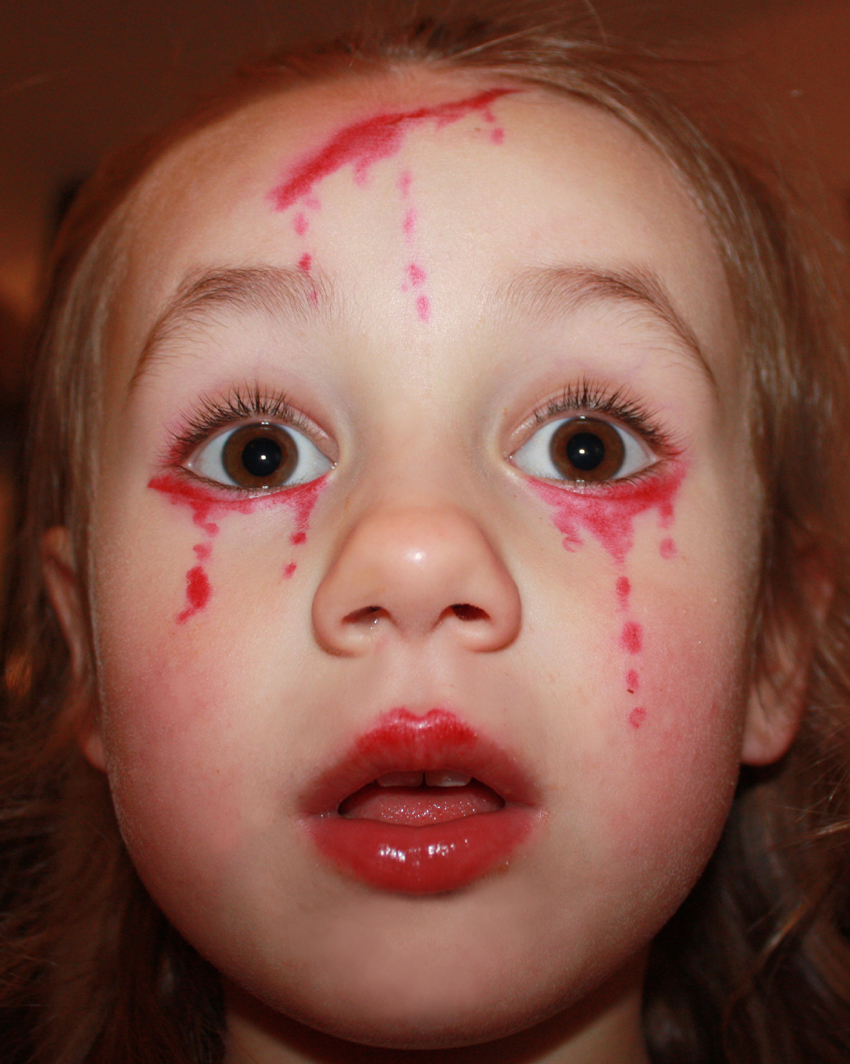 24 thoughts on “Who killed the Cheerleader?”