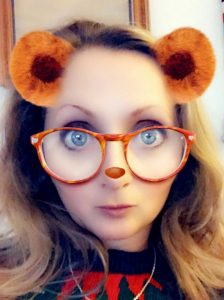 I’ve been 45 for a little while now. Long enough to fully digest the fact. Not long enough to accept that I’m staring into the abyss that is my late forties and beyond, and all that entails.

I had planned to write a 50 before 50 list. I went as far as starting a note on my phone with a number of things that I fully intend to do at some point. But a) it started to feel a bit ‘bucket list’ and b) given the fact that I can barely even find the time to read a book these days, I’m not going to publish it. Too much pressure. Instead I’ll tell you a bit about what it’s like to be this old.

1) People start telling you that you’re looking good ‘for your age’. As in, really they’d expect you to be looking like an extra from The Walking Dead by this point, but somehow you’ve managed not to let body parts fall off. So, well done you.

2) You start to feel like an extra from The Walking Dead. Tiredness becomes a natural waking state that you no longer question. The delay between hearing what someone says to you and being able to form a cohesive sentence extends, sometimes to minutes. This can give the mistaken impression that you’re a deep thinker who likes to ponder at length before giving a considered answer. Really you’re just trying to think of that word that means that thing.

3) After years of your hair just ‘being there’ and doing its thing, you start giving some thought to how it can work for you. How it can potentially draw attention away from the sagging jowls and lined forehead. You start giving serious thought to colour so vivid that it could create an aura that completely detracts from the rest of you.

4) You accept that make-up is for young people with perfect skin. That no amount of contouring or highlighting can disguise the fact that you need to lose 20lbs. Who’s got time to spend more than 5 minutes in the mornings? Concealer and mascara are your forever friends. Oh, and Snapchat filters. They’re amazeballs.

5) You also give up on ever being able to do perfect winged eyeliner on both eyes. If you couldn’t do it at 26, you’re never going to do it now. There.is.too.much.skin.

6) You realise that finally, after years of pretending, you actually don’t give AF about what people say. It’s as if Helen Mirren rocked up in a hot pink convertible Fiat 500 and chucked a flaming baton at your head. Instant DGAF. Miraculous.

7) There’s a slow, creeping realisation that you know nothing. Nothing at all. That everything changes, all of the time and the best thing you can do is stay open-minded, try not to bear a grudge, and forgive people their idiosyncrasies. Not the total cockwombles though. They’re still on the naughty step.

8) You finally accept that if you want to eat a sharing bag of Revels every night you’re going to be overweight. And that that weight is going to stubbornly stay there until you embrace and fully commit to a lifestyle change. And that lifestyle change will make you constantly hangry, but it will work. Pah.

9) Your family and friends are brilliant. You’ve whittled them down to a select few and they’re all awesome. Yes, your kids annoy and frustrate you but you’re so freakin’ proud of the people they are turning into, even when they spend the entire day cocooned in their beds staring at a screen.

10) Life is good. Right here and now. Ferris was right…