The Dell is less than a two minute walk from my parent’s house – the house I spent most of my ‘growing up proper’ years in. Its bowl shape is suggestive of meteors and magic, but it could easily have been man-made in a previous lifetime.

The trees are aged now, and bear the scars from generations of children playing there. It’s changed over the years, areas have been fenced off and efforts have even been made to prevent children making their dens and planning their adventures. Houses have been built too close, and fences now block our numerous escape routes, but it remains a favourite place of mine.

It’s no real surprise then that my children love it too.  They scale the exposed tree roots to scramble up the sheer sides and race along the top edges, ducking under holly bushes, scraping shins and elbows as they go, before racing, full pelt and yodelling down the far embankment to restart their game.

We’re lucky it’s there, even in its altered state, and I have taken countless photographs there. The one I’ve chosen was taken almost a year ago. There was an unnatural glut of ladybirds, you saw them everywhere you went, and East Anglia was really badly affected.

We heard tales of the carcasses of millions of them being swept from Cromer Pier and other Norfolk holiday hotspots, but here in The Dell they created a magical carpet. The 3yo LOVES ladybirds – she cannot walk by a ladybird without paying it extra special attention and making an attempt to bring it home with her, and in August 2009 she was in ladybird heaven.

In this image her siblings have long since run off to do the whole scramble/race/yodel thing, leaving her to count ladybirds. Her attention is unwavering, and I love how carefully she is lifting her shoe to ensure that she doesn’t crunch down on a cosseted coccinellida. 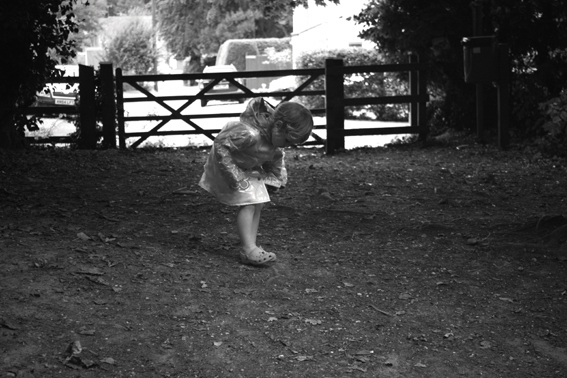 and also, because it fits with the theme, here’s another dell picture – unidentified funghi: 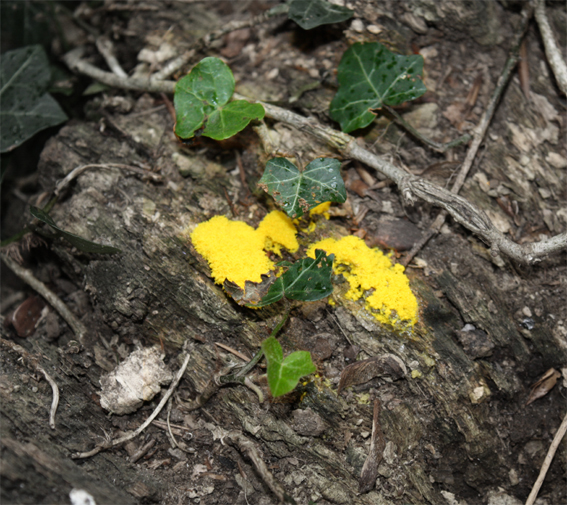 This post was written for Tara’s Gallery – Week 21. The theme this week is ‘Nature’

15 thoughts on “Fairies and Funghi”